Typhi represents a threat to the global control of enteric fever[ 9 ]. Azithromycin is one of the few oral treatment options to which the majority of global S. Typhi isolates remain sensitive.

In this study, we performed an analysis of treatment responses to ciprofloxacin and azithromycin following challenge with a fully sensitive strain of S. Typhi in over healthy volunteers.


All patients were successfully treated. However, when a diverse range of objective clinical and microbiological endpoints were used to assess treatment responses, we observed a delayed response to treatment of S. Typhi infection in those receiving azithromycin compared with those receiving ciprofloxacin.

Treatment of atypical pneumonia with azithromycin: comparison of a 5-day and a 3-day course.

The median S. Typhi fever clearance time and duration of bacteraemia reported in our study is comparable to that reported in field studies. Therefore, while comparisons made directly to ciprofloxacin are valid, data concerning the limited efficacy of azithromycin are not entirely reflective of clinical observations in the field. 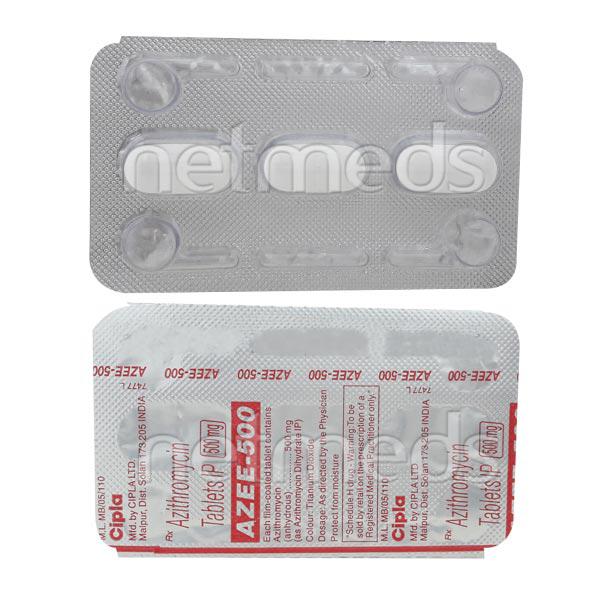 In some studies, prolonged bacteraemia has been associated with clinical deterioration and treatment failure [ 22 ] supporting the argument for rapid bacterial clearance to reduce fever clearance time and improve clinical recovery. Conversely, prolonged fever clearance and bacteraemia may sit on the spectrum of normal responses to azithromycin treatment. An apparent failure to improve may prompt clinicians to escalate or switch therapy, interrupting and ultimately prolonging treatment courses.

Patients should be adequately counselled regarding likely recovery time to prevent potential non-compliance with treatment. The optimal dosing regimen of azithromycin for the treatment of enteric fever is yet to be determined. This regimen has not been associated with significant differences in fever clearance time when compared with fluoroquinolone treatment [ 14 , 15 ].

Azithromycin has excellent tissue penetration, particularly of white blood cells, which often harbour intracellular S. Typhi bacteria [ 36 ]. However, it is possible that extracellular bacteria are not adequately controlled due to the low peak serum concentration achieved relative to the MICs of susceptible strains 0.

However, on account of the intracellular accumulation of azithromycin, a 1,mg loading dose is predicted to result in more patients achieving intracellular concentrations in excess of the MIC within the first 24 hours of treatment. As such, a loading dose of azithromycin may help to control the overall burden of bacteria, improving bacterial clearance and treatment response. The response to ciprofloxacin treatment was comparable to that observed in field trials with fully susceptible strains [ 40 ].

Typhi bacilli are thought to reside in the extracellular compartment [ 36 ]. These observations lead us to hypothesise that the low systemic plasma concentrations of azithromycin result in little to no elimination of extracellular bacteria resulting in an extended duration of bacteraemia and fever clearance time relative to ciprofloxacin.

Resistance to azithromycin amongst circulating strains is currently thought to be uncommon, although the requirement to confirm by MIC makes reliable data scarce. Azithromycin resistance is known to be mediated via mutations in the ereA , msrD and msrA genes [ 4 ]—as well as a recently described mutation in a gene encoding an efflux pump acrB [ 44 ] — which are not present in the S. Typhi strain used in the CHI model [ 45 ]. Resistance rates are likely to rise with increasing use of these drugs—including in mass-drug administration campaigns [ 46 , 47 ].

Combined interventions including vaccination; provision and access to safe water; hygiene interventions and improvements to sanitation infrastructure are required if global control of enteric fever is to be achieved. Programmatic use of TCVs is anticipated to reduce overall antibiotic consumption in highly endemic areas, by preventing both confirmed typhoid cases requiring antibiotic treatment, and by reducing the incidence of undifferentiated fever treated with undirected therapy.

Immunisation forms a central pillar of the global action plan on antimicrobial resistance and the deployment of TCVs, in line with WHO recommendations, could have a major impact on the burden of typhoid fever and on the spread of antibiotic resistance in typhoidal Salmonella [ 49 ].

We acknowledge the limitations of our experimental approach. Human challenge studies are usually performed with well characterised, fully antibiotic-sensitive challenge strains to ensure that a broad range of therapeutic options are available to treat participants.

Such strains may not be representative of contemporary circulating strains of S. Typhi, such as the MDR-associated H58 genotype 4. Typhi [ 4 ]. Strain-specific differences in treatment response could be studied by developing CHI studies with a diverse range of S. Typhi challenge stocks, including antibiotic sensitive H58 4. In addition, the European Medicines Agency has raised several safety concerns related to fluoroquinolone use, with specific reference to disabling and potentially permanent adverse events [ 50 ].

While our results may not be directly applicable to treatment options in endemic settings where fluoroquinolone-resistance is prevalent, we believe there are several relevant observations from this study that should be considered when managing uncomplicated enteric fever in adults. Another limitation of the study was the absence of randomisation of antibiotic allocation for Study B.


In Study A, randomisation took place at the time of enrolment, but not after typhoid diagnosis. This may have resulted in an imbalance of sample size and potentially covariates. However, after adjusting for the key covariates, pre-specified in the statistical analysis plan, most of the results were consistent with the unadjusted analysis.


In summary, oral azithromycin is an effective outpatient treatment option for adults with uncomplicated enteric fever and should be used in high-burden countries where fluoroquinolone-resistance is common. Administration of a loading dose of azithromycin should be considered, as it will assist with increasing intracellular concentrations beyond the MIC in more patients during the first 24 hours of treatment. In the era of increasing fluoroquinolone-resistance and apparent re-emergence of sensitivity to traditional first line agents [ 51 ], further studies are required to assess novel treatment strategies, including appropriate azithromycin dosing regimens; novel antimicrobials; antibiotic cycling; combination therapies and treatment options in children.

Pending the assessment of new treatment strategies, we advocate for the deployment of TCVs in line with WHO recommendations, to improve child health and limit the spread of antibiotic resistant S. Typhi in Study A as measured using quantitative culture. Kaplan-Meir curves illustrating time to blood culture clearance in study sub-groups, a Study A; b Study B; c Participants with no prior vaccine history Study A only ; d Participants with no history of previous typhoid challenge. The grey area represents the 5thth percentile. The horizontal dotted line represents the minimum inhibitory concentration MIC.

The authors wish to acknowledge the contribution of all participants who have taken part in the studies.

The authors also acknowledge the support of the Wellcome Trust in development of the typhoid human challenge model which was used for this study, and the support of the NIHR Oxford Biomedical Research Centre. Abstract Background The treatment of enteric fever is complicated by the emergence of antimicrobial resistant Salmonella Typhi. Methods We performed an analysis of responses to treatment with azithromycin mg once-daily, 14 days or ciprofloxacin mg twice-daily, 14 days in healthy UK volunteers 18—60 years enrolled into two Salmonella controlled human infection studies.

Introduction Typhoid fever remains a major global-health concern and is estimated to be responsible for an estimated Study design We performed a secondary analysis of two S.

Randomisation to vaccine group and antibiotic treatment was implemented using the computerised randomisation software Sortition Nuffield Department of Primary Care, Clinical Trials Unit, University of Oxford Study B was an observational challenge-re-challenge study. Study procedures Study procedures, including preparation and administration of the challenge agent 10 4 CFUs of S. Challenge strain Typhoid challenge was performed using S. Outcome measures The primary objective of the study was to compare the effect of ciprofloxacin with azithromycin on the time to bacteraemia clearance and fever clearance in individuals diagnosed with typhoid fever.

Laboratory assays Blood and stool culture samples were collected at 12 hours after challenge and daily thereafter until 96 hours post initiation of treatment [ 24 ].